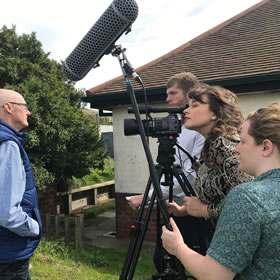 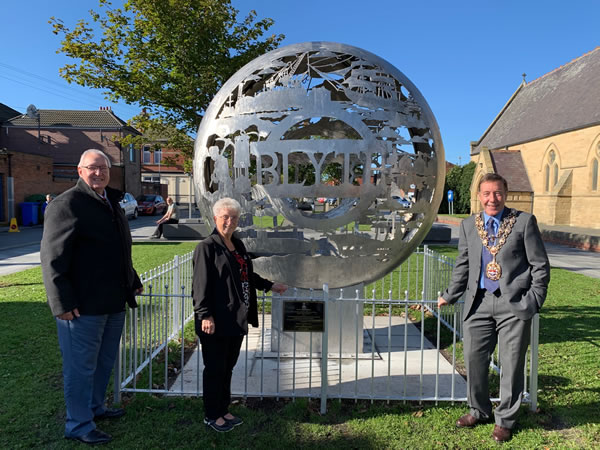 A sculpture commissioned as a reminder of Blyth’s proud past has been unveiled in the town centre.

Blyth Town Council commissioned local firm, Blyth Bespoke Fabrication to create a design that would reflect historical aspects of the town’s past and present including shipbuilding and ship breaking, coal mining, the submarine base at HMS Elfin, Blyth Spartans FC and the old lighthouse.

“I felt that this was an important reminder to the people of Blyth about where we’ve been and what we can do as a town. Our heritage has reached the far corners of the world and it’s something to be very proud of,” said Cllr Nisbet

Cllr Davey agreed, “This sculpture is also a great piece of engineering, three metres in diameter and made in Blyth. It’s another piece of history that we’ve created for generations to come.”

The design took two months to complete and has been installed with internal lighting which will be illuminated in the winter months from 4pm to 11pm. 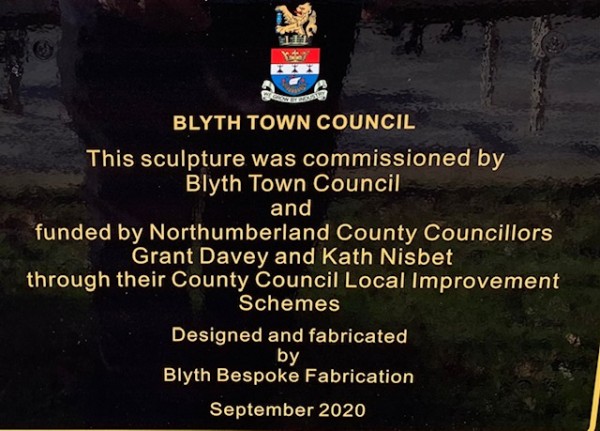