Ridley Park has been the scene for many of Blyth residents' wedding photographs, including my own, and was awarded gold in the 2014 Northumbria in Bloom competition. 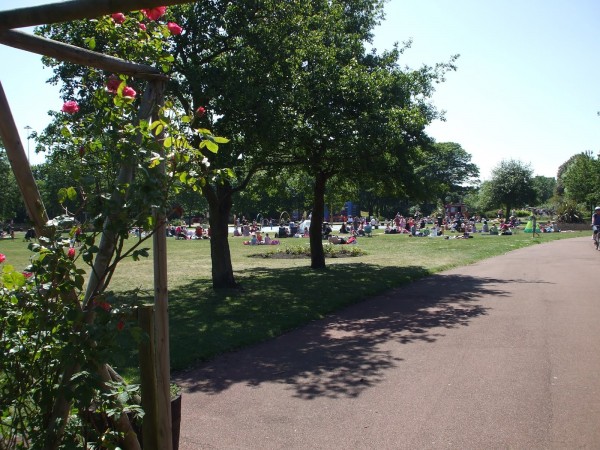 It has been a well-loved and well-used park since it was opened in 1904 with its stunning annual colourful bedding, planting and amenities.

This is a brief timeline of the park's history:

The area was known as the Flats and Links in the late 19th century. The harbour had not yet been developed and the beach ran all the way to the river mouth, now the location of the modern quayside. This waste piece of land was often used as the location for miners picnics and travelling circuses. The Morpeth Herald in June 1876 reported on a miners' picnic having been held here with all the usual parading, political speeches, and brass band competition.

By 1877 the land was being leased from Lord Ridley for recreational use and was now fenced off. (The Ridley family had purchased the lands of Blyth in 1723 and were entrepreneurial in developing the port and other business usage in Blyth in the following decades. The family established a country seat at nearby Blagdon Hall and landed titles were to follow. By the time the park was opened in 1904 1st Viscount Ridley, and the fifth baronet, was the Home Secretary. http://www.blagdonestate.co.uk/about-blagdon/family-history)

27th July 1904 the park was officially opened. The land was a gift from the owner Lord Ridley. The Morpeth Herald of the 30th July described the opening as a "red letter day" for Blyth. The town was "gaily decorated" for the event.

Viscount Ridley performed the opening and was given a gold key, which was decorated with the crest of his lordship, to open the park gates. Lord Ridley made a speech in which he praised the town of Blyth and gave recognition for the work done in making an "unattractive piece of land what they saw today" and said he was delighted to give the town this land. "When he conceived of giving that piece of land it did not enter his mind that the Council would have made it so attractive as it was that day" He also earmarked another piece of ground that the council could use at the northern end of the site if the Council desired it, although he did not "want to cause too much expenditure." Many votes of thanks were offered by the dignitaries present.

Blyth Urban Council afterwards held a grand luncheon in the Star and Garter for invited guests and VIPs. A toast was drank to Lord Ridley who was not present on medical advice. Many words of thanks were offered to Lord Ridley for his gift and all he had done for Blyth in the development of the harbour.

The park was equipped with 2 bowling greens, boating lake (later in the 20th century it was converted to a paddling pool) flower beds, tennis lawn, play areas, pavilion, glasshouse and a bandstand. It was a place for entertainments, fayres, political rallies and brass band contests. It has continued on in much the same way now for over 100 years.

25th April 1908 Morpeth Herald: "It is just four years since the lake in the Ridley Park at Blyth was filled with water. It is not, however, yet, water tight".

1909 A bust was made of Lord Ridley who had died shortly after making his gift of land in 1904. The bust was commissioned by Lord Ridley's son after having seen a life-size statue of his father made by a young artist named George Skee. What is not clear from the newspaper reports is why Skee produced the life-size statue in the first place?


6th December 1912 the Morpeth Herald: "The lake in Ridley Park at Blyth has provided a popular attraction for skaters during the recent hard weather". In recent times of the 21st century the Council have often provided a temporary skating rink as part of winter festivals.

1925 The boating lake was cleaned and repaired and the park was kept up to standard with new fence and gates.

1950s A memorial was constructed to the dead of WWII at the northern end of the park. The Boer War and WWI memorials were relocated from other parts of the town to this site.

1960s The popular Bill and Ben figures were created by a public health officer and introduced to the park. Some restoration work was carried out on them in the 1980s.

1967 The bandstand was removed and replaced by a rose garden.

2007 A splash park was created on the site of the old boating lake and the play areas completely refurbished.

2010 A SUSTRANS cycle path was routed through the park.

April 2011 Former derelict bowling pavilion is turned into a cafe.

2012 The Friends of Ridley Park group was formed. They have worked with partners to improve the enjoyment of the park, including staging events, repainting benches and restoring a pavilion amongst many more activities. SUSTRANS funded artwork sculptures of three notable, former Blyth residents.

2014 The "Butterfly Project" erected sculptures in the park and the gold award was won in the Northumbria in Bloom competition. Recently a wildflower meadow has been sown. 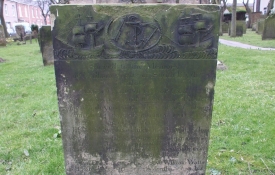 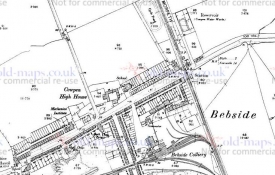