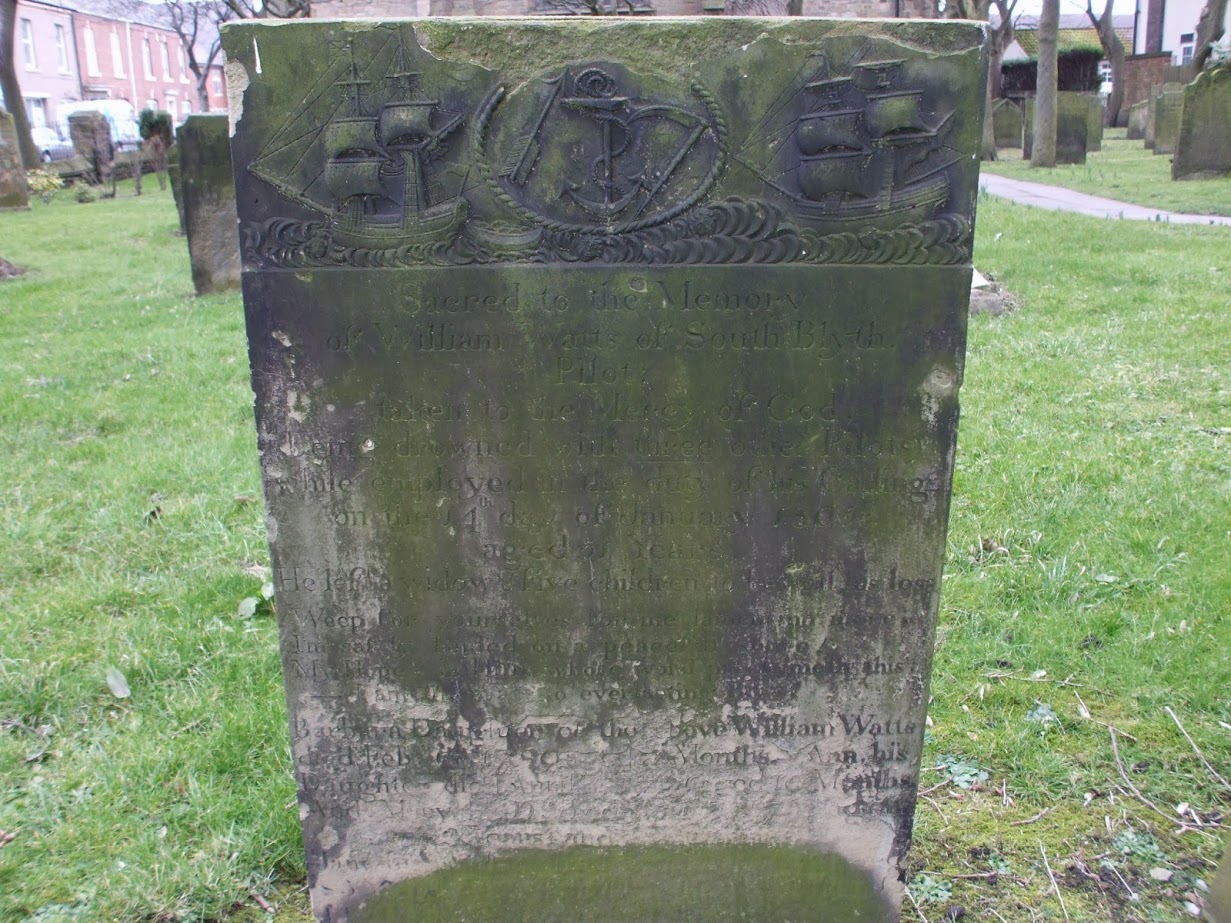 In St Cuthbert’s churchyard is a gravestone “Sacred to the memory of William Watts of South Blyth, Pilot". It is quite an ornate and decorative stone and is now a listed structure. William died on the 14th January 1805. There was a number of incidents happened on the 14th January during the first decade of the 19th century. Wallace describes them:

"On the 14th of January, 1802, the fishing boats, when on the fishing ground, were overtaken by a storm, and in running for the harbour one of the boats was upset, and a man named Easterby drowned — he was the last male of an old Blyth family.

[Also] On the 14th of January, 1805, a- pilot-boat, when in the act of boarding the Medea, of Lynn, in the " bight," was upset, and the crew, William Watts, Robert Redford, John Hedley, and James Nicholson, were lost.

Again, on the 14th of January, 1808, the fishing boats were caught in a storm when fishing. One of the boats remaining to haul her lines was, when she did come away, was unable to reach the harbour; the wind was from the north-east, with a very large tide and heavy sea, when it was seen from the shore that the boat, with the utmost effort of the crew, could not gain the harbour."

For a long time afterwards January 14th was regarded as Blyth's unluckiest day and fishing vessels refused to leave the harbour.
Send to Friend
Comments
Related 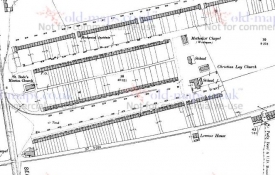 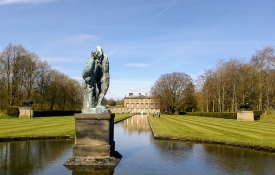 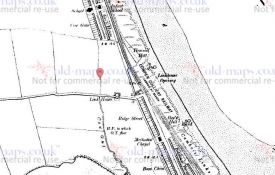 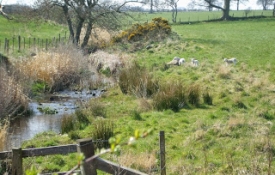