INTO THE FIELDS: FESTIVAL REVIEW…SATURDAY 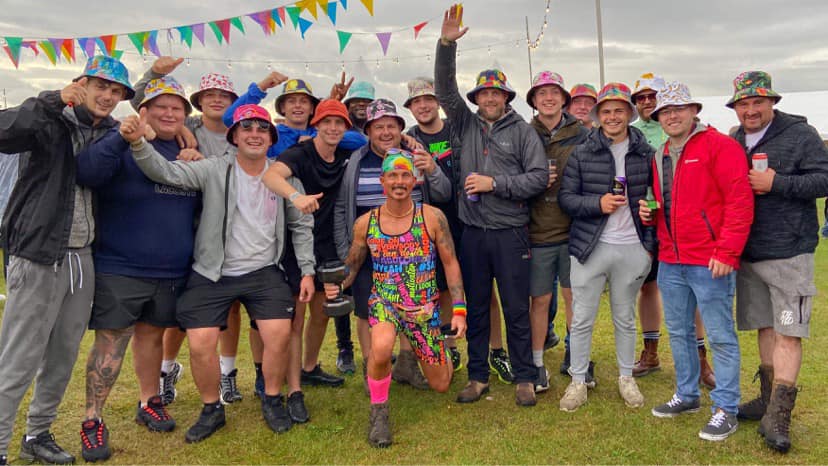 After a cracking start to the Festival on Friday, today was a bit of a test for those with a hangover or those who had not hardly slept in their tent! There was no sign of any mud at all due to the dry, hard ground prior to yesterdays rain, so any fears for people without Ponchos, Parkas or Wellies were kicked to the curb and everyone was able to get on with the priority task in hand…enjoying themselves!

We heard the tunes by MILLENIUM BUG 90’s & 00’s band whilst still finishing off some cans from our chilled cool-box of ice which lasted the entire weekend perfectly. Me and a few mates made sure we left the camping area to get into The Marquee Stage to see The Ramones tribute doing a blistering energetic set, followed by OASIS-JAM where the crowd were dancing around to ‘A Town Called Malice’, ‘Down In The Tubestation at Midnight’, ‘That’s Entertainment’, ‘Pretty Green’, ‘In The City’, ‘When Your Young’, ‘The Modern World’, along with the Oasis anthemic sing~songs including ‘Don’t Look Back In Anger’, ‘Wonderwall’, ‘Live Forever’, ‘Supersonic’, ‘Half The World Away’ and ‘Cigarettes & Alcohol’.

At 4pm we saw F.A.B performing a vast array of classic early Beatles tracks. This band took me right back to the late 90’s in Durty Nellies Pub when they played as ‘Badgeman’ on many a Saturday night with my parents being huge fans throughout that era too. The lead singer Kris Fox really enjoyed playing this gig and he told me afterwards that he remembered all of those times at the local Blyth Pub band scene in ‘Nellies’.

They were dressed in smart black suits just like the early Beatles era style and played hit after hit, after glorious hit! The crowd ere delighted, singing and dancing along like it was 1965 in The Cavern Club. Older and younger fans alike, coming together as one sharing the love of one of the greatest bands to ever exist. ‘She Loves You’ ‘Can’t Buy Me Love’ ‘Help!’ ‘I saw her standing there’ Ticket To Ride’ ‘Love Me Do’ ‘I want to hold her hand’ ‘Day Tripper’ to name but a few. The first Vinyl record I remember putting on myself was my parents Red ‘Best Of The Beatles 1962-1966’ Record when I was 15….this gig just transported me back to that moment of realising just how good the early Beatles songs are.

At 5.20pm it was time for THE STONE ROSES EXPERIENCE to make their Into The Fields debut in-front of a busy Marquee crowd. Having seen The Stone Roses at Heaton Park and Glasgow Green on their original re-union tour and many other Stone Roses tribute bands, I was eager to see these lads strut their stuff….we got into a position front and centre ready to sing our hearts out for an hour or so. The epic opener ‘I wanna Be Adored’ kicked in with the unmistakeable bassline by Mani. The crowd go wild. The Ian Brown singer of the band looks the part and sounded the part with the attitude of the ‘King monkey’ Manc. Second tune up was one of my favourites ever ‘Waterfall’ beautifully done by the lads and received very warmly by the Blyth faithful. The arms stayed in the air for the next tune ‘Sally Cinnamon’ and every word was belted back at the band with passion and vigour.

Emotional epic anthem ‘Made Of Stone’ had some tears of joy in the eyes of some Stone Roses fanatics amongst the crowd (me included) as the cans of Red Stripe kept flowing and the memories flooded back of massive gigs and Indie nightclubs of the past. ‘Where Angels Play’ and ‘Shoot You Down’ were superbly performed followed by the legendary groove-filled ‘Fools Gold’ as featured at the ending scene of Lock, Stock & Two Smoking Barrels 90’s Gangster film. Fans went into the stratosphere of euphoria once the distinctively unique guitar work of John Squire kicked in on ‘Love Spreads’ then the hands-on-shoulders ‘This Is The One’ anthem followed. Superb stuff.

The ending epic 8 minute long tune of ‘I am The Resurrection’ had the crowd in raptures as the 12-song set came to an end, with many fanatics of The Stone Roses agreeing that these are ”the dogs bollocks” (to quote legendary Bassist Mani)….hopefully we will be seeing this band play locally in the North-East in the near future and they are actually on the bill at Party In The Park at Craik Park in Morpeth on September 18th along with Bez from Happy Mondays on the same night.

Up next on The Marquee stage at 7pm was GARRY CINNAMON with his superb take on Gerry Cinnamon. There were a few Scots down to support him and they joined together in harmony with all of the Geordies to create a fantastic raucous atmosphere inside that Marquee. It was probably the loudest sing-along of the weekend and he had the crowd in the palm of his hands throughout. ‘Canter’ ‘Belter’ ‘Sometimes’ ‘Where we’re going’ ‘Head In The Clouds’ ‘Dark Days’ & ‘The Bonny’ were belted out by Garry and his fans with every word being sung in unison. A communal spirit with a shared love of music at it’s very best. Beautiful.

At 8.30pm in The Marquee was the time for James tribute band LAID to take to the stage. With a variety of classic hits such as ‘Sometimes’ ‘Tomorrow’ ‘Getting away with it (all messed up)’ ‘Born of Frustration’ ‘Say Something’ ‘She’s A Star’ ‘Sit Down’ & ‘Laid’ to name but a few. The crowd were loving it down the front near the barrier as the Tim Booth’s flared trousers almost reached the crowd as they were so wide.

The Charisma of the Tim Booth lead singer of the band was prevalent throughout and he looked so much like the real Tim who we saw a few summers ago at a festival in Bilbao and shared the Easyjet plane home with to Manchester. He actually was really kind and friendly whilst in the queue at Spar in Bilbao Airport, but that’s another story.

Up next was another lead singer full of charisma as Queen tribute WE ARE CHAMPION headlined the Saturday night in the Marquee from 10.10pm onwards. Freddy Mercury of the band was full of energy throughout getting the mass sing-alongs going to ‘I want to Break Free’ ‘Radio Ga~Ga’ ‘Killer Queen’ ‘Don’t Stop Me Now’ ‘We Will Rock You’ ‘We Are The Champions’ ‘Somebody To Love’ ‘Under Pressure’ and the epic end-of-the party classic ‘Bohemian Rhapsody’. What a way to end the weekend! Wow.

Hopefully the atmosphere, euphoria, joy, contentment and shared communal spirit is replicated at the forthcoming local festivals including Lindisfarne Festival at Beal Farm from 2nd-5th September and then Party In The Park at Craik Park Morpeth Town F.C on Friday September 17th-Sunday 19th with many of these bands playing at that weekend too, along with local original acts and Bez from Happy Mondays doing a DJ set whilst shaking his maracas and dancing his iconic freaky dance. 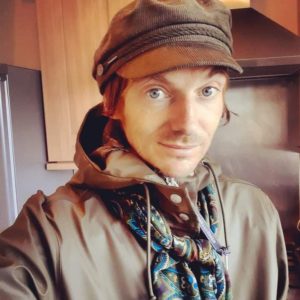 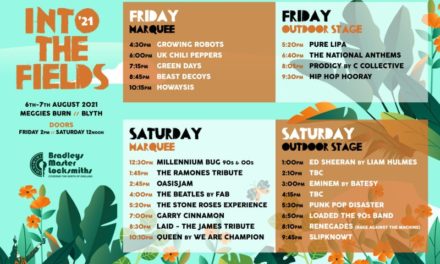 ”Out of the shadows and into the fields” – festival preview 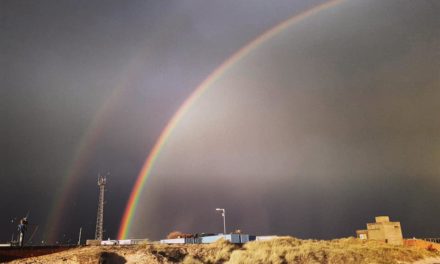 A Rainbow of hope over Blyth! 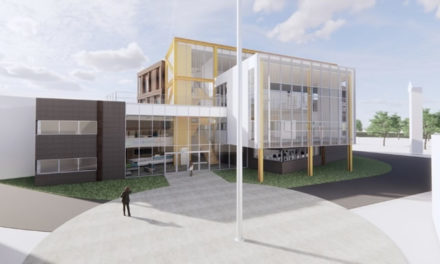 An Interview with Blyth Battery