Giving Tree Appeal is huge success and sees donations worth over £30,000 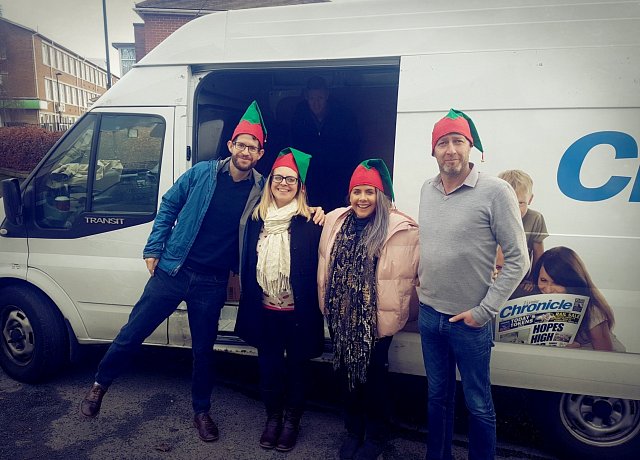 A Christmas appeal by the region’s oldest children’s Charity has once again been a huge success with over £30,000 worth of goods donated in the run up to Christmas.

Children North East’s Giving Tree Appeal distributed the donated toys, food and vouchers to children, young people and families throughout the region helping them to enjoy Christmas and ensuring no-one went without over the festive period.  The donations, by businesses, churches, schools, local community groups and members of the public, went straight to the families and young people being supported by the charity.

Throughout the Appeal there were many companies who went above and beyond for the local Charity.  These included Communicator, whose Head Office is in Newcastle, who provided staff to be elves for the day collecting and sorting gifts, as well as their partner companies and staff donating their own gifts and vouchers as part of the appeal.

Carol Taylor, Senior Fundraiser, Children North East, said: “The amazing generosity of the north east ensured our 2017 Giving Tree Appeal received a fantastic response.  The amount of gifts, toys and food received alongside very generous monetary donations has been overwhelming.  In addition, gift voucher donations for food and experiences have helped to ease the pressures on the families we work with during the Christmas period and in the months to come.”