An 11-year-old from Blyth is heading to the Southampton Boat Show to compete in a national powerboating championship after winning the North East Area Final representing Derwent Reservoir Sailing Club.

Second in the same age category was Max Yeowart from Teesdale Sailing and Watersports Club, ahead of Scammonden Water competitor Owen Holdaway in third.

Archie was introduced to watersports as a Sea Scout and has been taking part in powerboat training sessions for young people at Derwent Reservoir Sailing Club, where he is a member, over the six months leading up to the regional heat.

"I was a bit surprised to come first in my category but I'm really excited about going to the national final in September!" said Archie, who is a pupil at Bede Academy in Blyth.

The event at Scammonden Water was one of 13 regional heats held around the country ahead of the grand final of the Honda RYA Youth RIB Championship, sponsored by Honda and Highfield, at the Southampton Boat Show on 16 September, where competitors in two age groups will have a chance to win a powerboat for their club.

The competition takes the form of time trials around a set of marks using a Rigid Inflatable Boat (RIB) - the fastest time wins but the nine slalom buoys are set just 12.5m apart, so that skill and control are essential.

Area Co-ordinator for the regional heat Will Baldock, of the Royal Yachting Association, said: "All the participants at this year's event were entering for the first time but they all registered competitive times and showed great skill and control on the course."

Representing the North East in the 13-16 age group following the regional heat will be Jack Wells, from Brandesburton Scout Group near Hornsea.

The Honda RYA Youth RIB Championship is Britain’s leading programme introducing kids to powerboats and training them to be safe, proficient drivers and excellent boat handlers. For more information visit www.rya.org.uk/go/hondayouthrib or follow on Facebook at @hondaryayouthrib 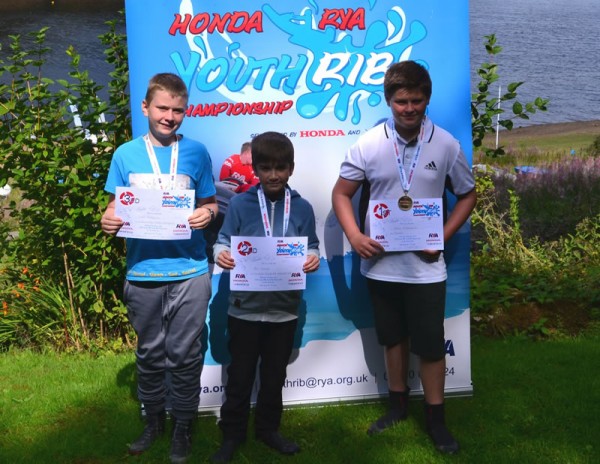